I recently found out from Marcus In The Morning that NGEN Radio is going fully digital soon and will no longer be using FM signal. My first reaction was disappointment, because that means people won't stumble onto the radio station in their car anymore from 91.7FM. Initially NGEN started digital as an app and a streaming player on their website. Then after a couple years ago they kicked off with a Power The Tower event in Houston Texas at the Revention Music Center and artists like Gawvi and Manafest performed there! If I remember right, I believe Christian Rapper Von Won was there as well as maybe Chris Chicago (Two former Radio Station Personalities/On-Air DJs).

The station launched on 91.7FM and has been hugely successful in growing up a fanbase and drawing new people to the world of Positive Pop and Hip Hop and Christian Rap! I heard several testimonies of people stumbling onto the station and how God used the music to influence/impact their life! Some people who were gonna commit suicide changed their minds! While no longer having 91.7FM is kind of sad/disappointing, I know it costs alot of money to keep a signal on the air. I think millions. So I understand it's a budgeting thing, and probably more beneficial/strategic to move over to digital. The FM signal has had a great run. And now with the already existing fanbase, NGEN can grow more from the new digital/social media market effort. More money saved, means more money that can be invested. So if NGEN had only 10 percent in their budget before for making merch to sell at events, now they might have a higher percentage, depending on how they break up their costs and expenses (budget) into a pie chart with different slices to cover the different things they manage. So my hope is that if they are saving millions of dollars that would've been the cost of an FM signal, and then using the saved money to go to other projects now!

Check out these links to learn more about NGEN going digital:

Check out some NGEN Radio Throwbacks!

Check out this NGEN Radio Interview with Lecrae!

Posted by BranNuYu at 8:02 AM No comments:

I just released a new T-Shirt design! This one is me playing a melodica and wearing a sombrero! Shout out to Johnny aka AdventureGamingVital! I got the picture of myself from his YouTube thumbnail of a collab video we did together. I'll throw in a link here that you can check out of that video. https://youtu.be/HrTKhAMwG8U 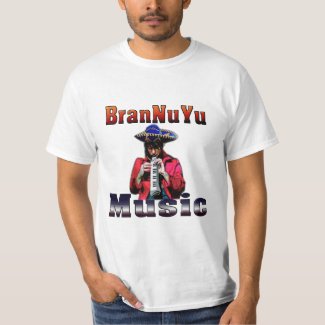 Email ThisBlogThis!Share to TwitterShare to FacebookShare to Pinterest
Labels: Melodica

My First Beats Ever

Below are all beats I made fresh during and after High School when I first started to learn to make beats with FL Studio Demo. I basically wanted to make Rock, Rap, and Techno. I couldn't save my projects, so I would just work on them until I thought I liked them. Then I would export them to mp3, and couldn't go back to change them after that. More of my story about how I started music: At the time when I first made beats, I had different nick names. As a gamer I called myself Bac Stab. Then on Myspace I called myself Mad Ghetto. On YouTube I was Rudo197 (I since have changed that channel to BranMan197 and plan to use that for games), another game name I made up when I played the Wii and made some character I thought looked goth. I was kind of into the goth/emo/punk hair styles.

Plus I was listening to worldly music too during my junior year, but started listening to Christian music during my senior year, I was saved but stumbling with peer pressure in my walk with God. I remember my friend John Lauland and I both like Gangster Rap and Death Metal, but both of us transitioned to just positive/Jesus Music. I wanted to make games and animations.

But since I could make beats, I thought I'd also give rapping/singing a shot. After graduation I started making short Christian Animations and using my own voices for the characters, plus using my own instrumentals/beats in the background of the animations. I made Hood Changed, Ryan Debarro Crossed Over, The Rich Unfulfillment, and Arbiter Teen over the years to follow and uploaded those to my YouTube channel TruthTrigger.

The years 2009-2011 I went to Texas Bible Institute and mostly got deeper into Christian Rap and Hip Hop because I met other people who could rap and got to collab with some of them and we recorded music in our dorm rooms. Plus I networked with Christian Rappers on Myspace and then Facebook. And at the time I started rapping I debated between NuYu, Lil NuYu, or DJ NuYu, or NuLife, or Nu In Christ. I went with Lil NuYu since the Lil thing was popular. But eventually I came up with Bran NuYu, and then I fit it together as BranNuYu. And I have kept that since it's the "Brand New You" and also goes with Brandyn, my name. The Bran Man! That's my music, art, and animation story summed up. There's more to it, and how I was inspired to get into all that. But that's probably for a book!

John Lauland (The one I mentioned) makes his own videos: https://www.youtube.com/channel/UCoyFde-Hq58TwqjP46UKMjg

Posted by BranNuYu at 6:13 PM No comments:

Check out my homie Rea Beloved's Rap songs! I compiled them together and put them in a YouTube video. Check out his YouTube channel at the following link: https://www.youtube.com/channel/UCMchMc6CDG9HcA3dHnxnzZg

Posted by BranNuYu at 3:32 PM No comments: 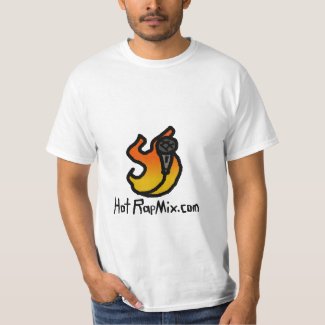 Email ThisBlogThis!Share to TwitterShare to FacebookShare to Pinterest
Labels: TShirts

This year I'd like to do more with Music and Animation. I was going to try and get a Computer Networking Degree, but I was juggling 2 different classes at the same time, plus working overnight at Walmart. I was trying to study and do what I needed to do to pass, but I was overwhelming myself with both and dropped one of the classes. Since I had wasted half of my time on the dropped class, I had spent time that could've been used to pass the other class which I ended up failing. These were online classes that you watch videos, take practice exams, print out study notes, and do practice labs that simulate real life computer servers where you had to troubleshoot or set things up to administrate a network of computers. It's so hard to not think about Music/Art/Animation/GameDev. I've always wanted to do creative work. And while I love computers and learning technology, I don't want to force myself into school/careers I don't enjoy or like that much. And if I ever needed to or wanted to get into Computer Networking/Programming, I learned that I don't really need school for that. I just need to pick up a book, study, and get certified.

I finished my college basics, so perhaps I can take Music and Art related classes instead of Computer courses that I was taking. Since I'm more passionate about Art and Music in this season of my life, I feel like I just need to find ways to use my gifts/talents to make money. So I'm wanting to invest my free time to doing the things I love! And try to make money at it. I can make money blogging (putting up ads/affiliate links). I can create my own T-Shirts/Coffee Mugs and sell them. I can also make and sell my own music. Plus I can also use my Podcast to promote my blog and website (traffic + ads = potential $$$). I bought Moho Studio Pro 12 for Animation. It has alot of new features that I didn't have on Anime Studio Pro 9.5 (which is also Moho, just a different name they used).

At the moment I'm trying to figure out my plans for Music/Art/Animation/GameDev. A YouTuber named Roberto Blake (Content Creator) gave suggestion/tips/advice to Animators, not to focus on long videos to put on YouTube, but to make short clips for InstaGram, and to really push Merch. That's probably what I'll do. I would like to make Animations that are funny, or tell a short story in 30-60 seconds. And use them to gain attention, traffic, and point them to Merch related to the Cartoon/Animation Brands that I create.

I'd also like to do some Short Film. I have a friend who does that. He can help me, or give me tips/suggestions, or both. I'd like to do something short/funny and random like Napoleon Dynamite. Maybe some Parodies. Short Adventures. Stuff like that.

As far as Games: I would like to make a game. It just takes time and also planning on paper first. You need to make a Game Design Document. I have used Adventure Game Studio before to make a short game. I was using one of the Demo games as a template, I would change stuff up and replace images/sprites with my own. It takes a bit of tweaking to figure out how to get code/scripts right. Definitely a puzzle/challenge to program a game. But from the experience I got, I learned there was parts of the Global Script in AGS that I needed to leave alone. Mainly what I did was find the code for certain functions in the game, copy and paste from the help file, paste into room scripts, and change it up some. I watched a YouTube video that revealed that The Adventure Creator for Unity is probably a better option for making Adventure Games than AGS. At least for making it nice and smooth. If you really like the old school feel, AGS might have it's advantages. There's always Pros and Cons to software/apps/game engines and just about anything else that makes one thing more favorable than the other in one sense or another. Right now I don't use Unity, since you have to pay for add ons that make it worthwhile in using. But I do have a book or two for learning Unity. I also have Blender (free program for creating 3D models, animations, and even games). I use Gimp for editing Photos. For awhile I used it to Paint too until I found Krita and other free paint programs that were better for painting than Gimp. I don't have Photoshop or the Adobe Creative Suite at the moment. I have used Flash, Photoshop, and Illustrator in the past (High School Computer Graphics And Animation Class). For music and audio I use Audacity (Free recording/editing software), Reaper (trial... with full functionality. Recording/Editing DAW), LMMS (Free beat making software), Caustic (Mobile Music Studio App, there is a PC version you can look up), Nano Studio (Similar to Caustic... a Mobile Music Studio app, has a PC version), and FL Studio (making beats).

I would also like to give Streaming Games on Twitch a try. I use OBS Studio for broadcasting, I use the same program for making Vlogs for YouTube. One game I like to play is Age Of Empires 2. If anyone wants to play multiplayer with me, shoot me a text or a DM on Social Media like InstaGram or Facebook. My Steam name is BranMan197.